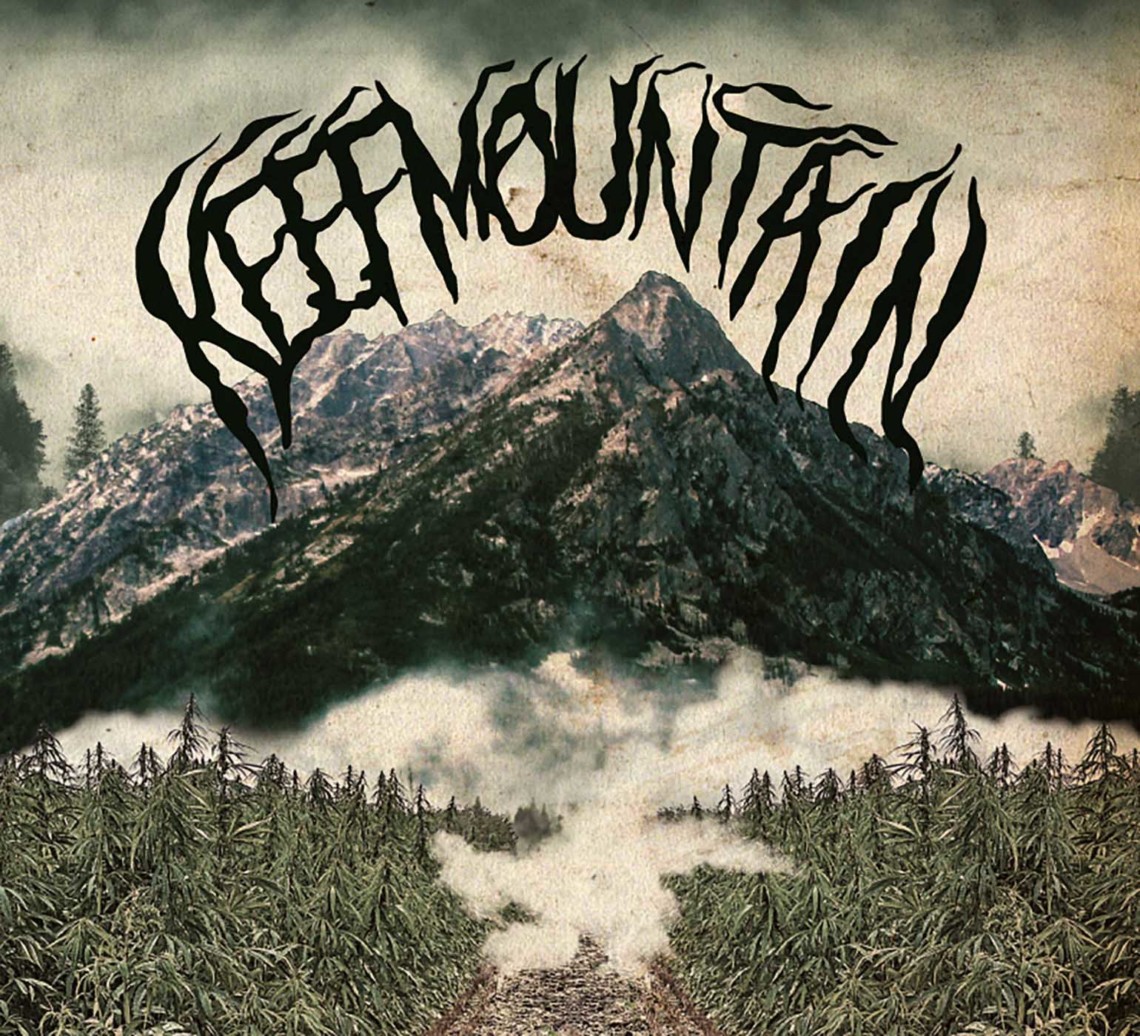 Take a Dab of Devil's Blood and You'll Transport Your Mind...

Review by a new contributor, please welcome Bailey alias Mrs. Doomhand from the USA ! She is also the guitarist in the killer band Youngblood Supercult, Mr. Bats reviewed their last album here.

The first time I saw Keef Mountain, I was absolutely floored. I didn’t realize a two-piece band could sound so undeniably colossal while maintaining a steady amount of memorable riffage. In a landscape surrounded by bands who either fit snugly within the realm of heavy sludge or riff-y stoner rock, Keef Mountain’s self-titled debut skirts that divide in a harmonious mixture of heavy, reverb-laden doom, ripping lead work, and powerful vocal performance.

Much like Black Pyramid or Acid King, Keef Mountain delivers the heavy, lumbering drone of fuzzed-out guitar and spacey but commanding vocals in which longtime listeners relish, but not in a stale way, by any means.

There are several hard-hitters on this record that can be expected to be future doom favorites, including the opening track “Green Wizard”, which comes on slow and grinding but quickly turns around into a driving frenzy of stoned fury; later tracks such as “Resin Lung” and “Hendog” are equally impressive. The final track, “Higher Realms”, is an atmospheric but gritty voyage into all of the elements that the band displays throughout their 7-track debut slab.

Keef Mountain is worth the listen, and I can expect them to be a massive new force within the stoner/doom community.

Surrounded by friends around a countryside campfire in the cool darkness of an autumn night, with smoke-filled lungs and whiskey at your side.

Keef Mountain is slated for digital, CD, and cassette release on October 7th 2016, and on LP on December 2016 through the newly-formed The Company Records. This will be the first release for The Company, the brainchild of Joshua Wilkinson. Josh has been a long-time graphic designer for a number of bands and record labels. You can order the album and other goods at www.thecompanykc.com.