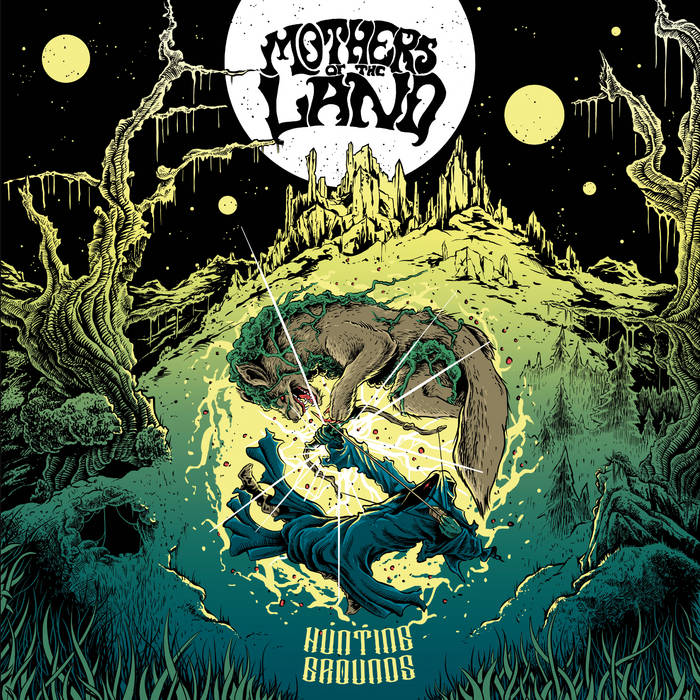 An Emotional and Sensitive Journey...

Some bands really succeed in creating a mental landscape with their music. Through their sound and composition, they give you a support to experience an inner journey with varying emotional states, all through the power of music – which, if you’re reading this, you must be aware of. Mothers of the Land did just that. They’re an Austrian quartet playing instrumental heavy psych, and Hunting Grounds, released in June, is their second album after 2016’s Temple Without Walls. Let’s dive into it.

Classic. Don’t expect a revolution, we’re in known grounds. I’ve heard it a thousand times before and will probably hear it a thousand times after: aerial guitars, round bass, clear drums. Hunting Grounds is by no mean an original album in its sound or mixing. That being said, it is a good album, and I’m going to tell you why.

First of all, it has an undeniable evocation power. Its music comes to life, draws images in your mind, according to your mood but also according to what the band wants you to feel, what they want you to experience. That is not chance: that is the result of a very well written album and a very good interpretation from the musicians. Sometimes melancholic, sometimes cheerful, and most of the time a bit of both, the album has a strong spine but offers a lot of variations. Some parts are slow, but accelerations are not rare – in fact, faster variations on a set theme make the most part of the album, with the addition of progressive elements à la Elder, though never too much. It’s just ornaments on an already well crafted piece. But to me, the album is never as beautiful as when it delves on melancholia, notably on tracks 4 and 5.

Also, the musicians undeniably know their art. They join a mastering of playing to their mastery of writing, which is always is always good to take!

Mothers of the Land Links