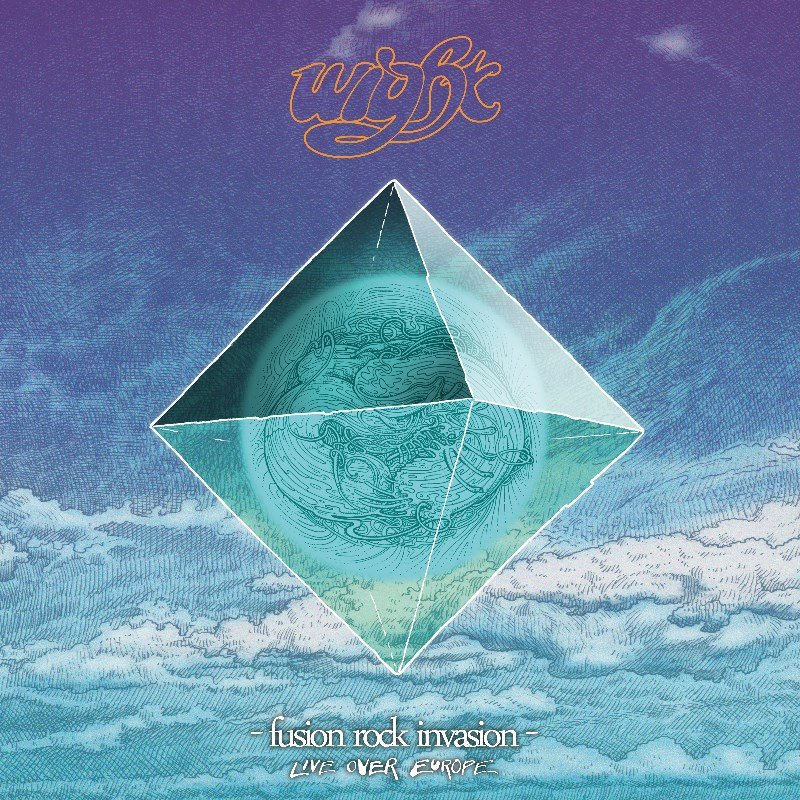 Wight brings us their first ever live LP & DVD

In 2016 Wight released their 3rd album Love Is Not Only What You Know and it was another change in style compared to their 2 first albums.

With more focus on funk, blues, prog and world music it made for an awesome feel-good album and one of my favorite albums from 2016.

It had already been recorded about a year prior and Wight set out for a new tour to bring their new sound to the Eeuropean audiences.

Wight took it upon themselves to professionally record every show and now 2 years later we get a live LP and DVD under the name of Fusion Rock Invasion – Live Over Europe.

Since I’ve never had a chance to catch these guys live I have very much been looking forward to get this release.

No Bandcamp player because it’s a Physical release only!

First out is the LP and you get 5 songs and each one is recorded at a different show of the tour so you could think that the sound quality would be quite different between them but that is not the case.
The sound is crisp and clear, every instrument shines through on every recording so if I didn’t have the info on the sleeve I would have guessed every song was from a single night.

When it comes to the tracklist you get Helicopter Mama, The Muse & The Mule, Kelele and The Love For Life Leads To Reincarnation, they do keep to the formula of the studio recordings so there is not much room for any jamming if one would want that, I for one think they have potential to jam out some cool renditions even if every song here except Helicopter Mama is closer to and around 10 minutes.

But that is really just me nitpicking and it’s more so just a matter of preference and at the end of the day this is some awesome live recordings both when comes to the musicianship and recording quality.
Also worth to mention is that on Side B you get Master of Nuggets from their 2nd album Through The Woods Into Deep Water and I didn’t notice until now that it fit in very well with the groovy sound they brought us in 2016.

Next up is the DVD and this is were it gets really interesting for me since I never had the chance to catch these guys live.
And what first caught my eyes was how well Wight play together and they really seem to enjoy what they do. There are two clips that really stands out to me and ought to be mentioned.

First of The Love For Life Leads To Reincarnation recorded at Oetinger Villa in Darmstadt, they got set up in a small room so it looks more like a rehearsal jam and the last few minutes are really intense, one to get you headbanging for sure!

And second there is Master of Nuggets recorded at Burg Herzberg Festival 2016, a kickass live clip and they seem to pull off the outdoor stage without a problem.

The rest of the songs are club gigs from both 2015 and 2017 and those only reinforce my notion that I gotta catch Wight on tour in the near future.

Why is this album worth buying?

Limited to only 300 copies and no digital release, so be sure to pick one up before they are sold out.
You can get it at Bilocation Records and their official webshop to my knowledge.

The Love For Life Leads To Reincarnation