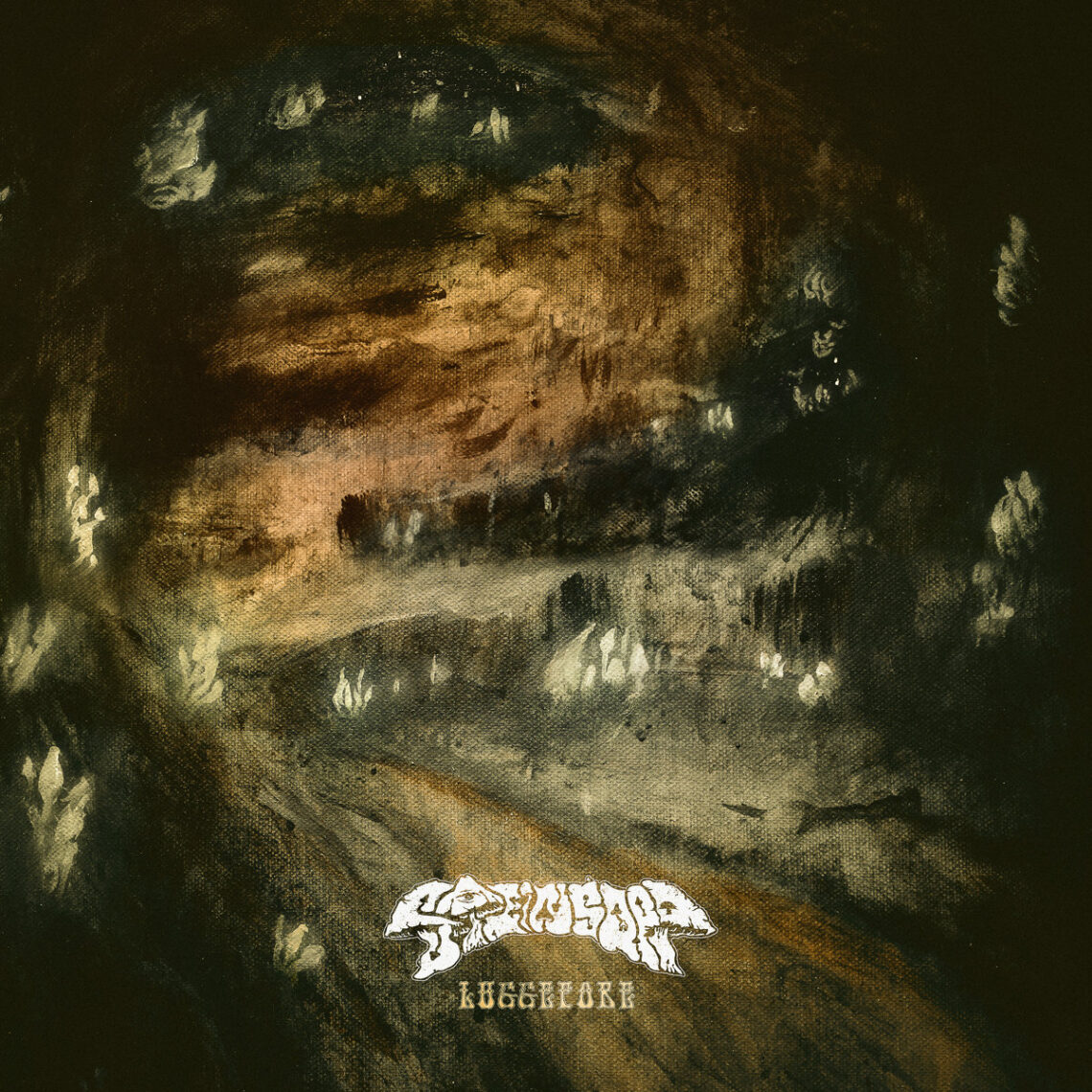 Steinsopp (Norwegian for stone mushroom) really brings the lysergic soaked, reverb-laden, trip to life on their latest release, Luggeføre. The fuzzy-ness is prevalent throughout this 38-minute trip to the ether. The Norwegian trio presents this new record with a voracity for mushrooms, space, and psychedelia.

That is a potent combination that manifests itself into a hazy dream world they created, representative of their vision: “mankind slowly turning into a humungous interdimensional mushroom kingdom. And about some of the messed-up stuff happening on the way there. Fungal rituals, seeing through time and dimensions, shroomy space travel, it has got it all, man.”

An absolutely crushing, blues-based heavy psych from this Norwegian trio. These guys really bring the fuzz with a heavy dose of psilocybin-psych!

Fungal Caverns II serves as their tranquil inauguration to the world which they envision, an allusive beginning for what is to come in the following tracks that opens the door to their mushroom realm.

The heavy grooves entice the stoner meta fan in me when the heart of the album unfolds with the second track, Dragoness. The track has a Sabbath-esque riff that punches each speaker as you enter the shroom-y dimension that Steinsopp delivers you to.

Superdroid continues the epic tale wings for the fences with heavy guitars, bubbling wah-wah’s, and reverb-drenched vocals, giving this mind-melting, 8+ minute track its foundation as the music guides the way.

The segue piece, Pathfinder, welds this record, acting as a guide from Side A to Side B. The calm before the storm. The atmospheric psych sets the stage for an absolutely epic finale of sound.

Mycorrhizae brings this gargantuan mushroom journey to a climax, starting with a slow burn, building its momentum into an osculant tempest. It swarms the senses before its final bow, conceding to the outro track, bookending this trip with Fungal Caverns I, a reprise of the very relaxed and synth-laden intro, slowly, descending you back to earth.

This is one of the most potent albums I have listened to this year, these Norwegians really go for the full opulence of psych on the 3 main tracks of this record. Their mushroom tale is told, and it is some damn good fuzzy psych!