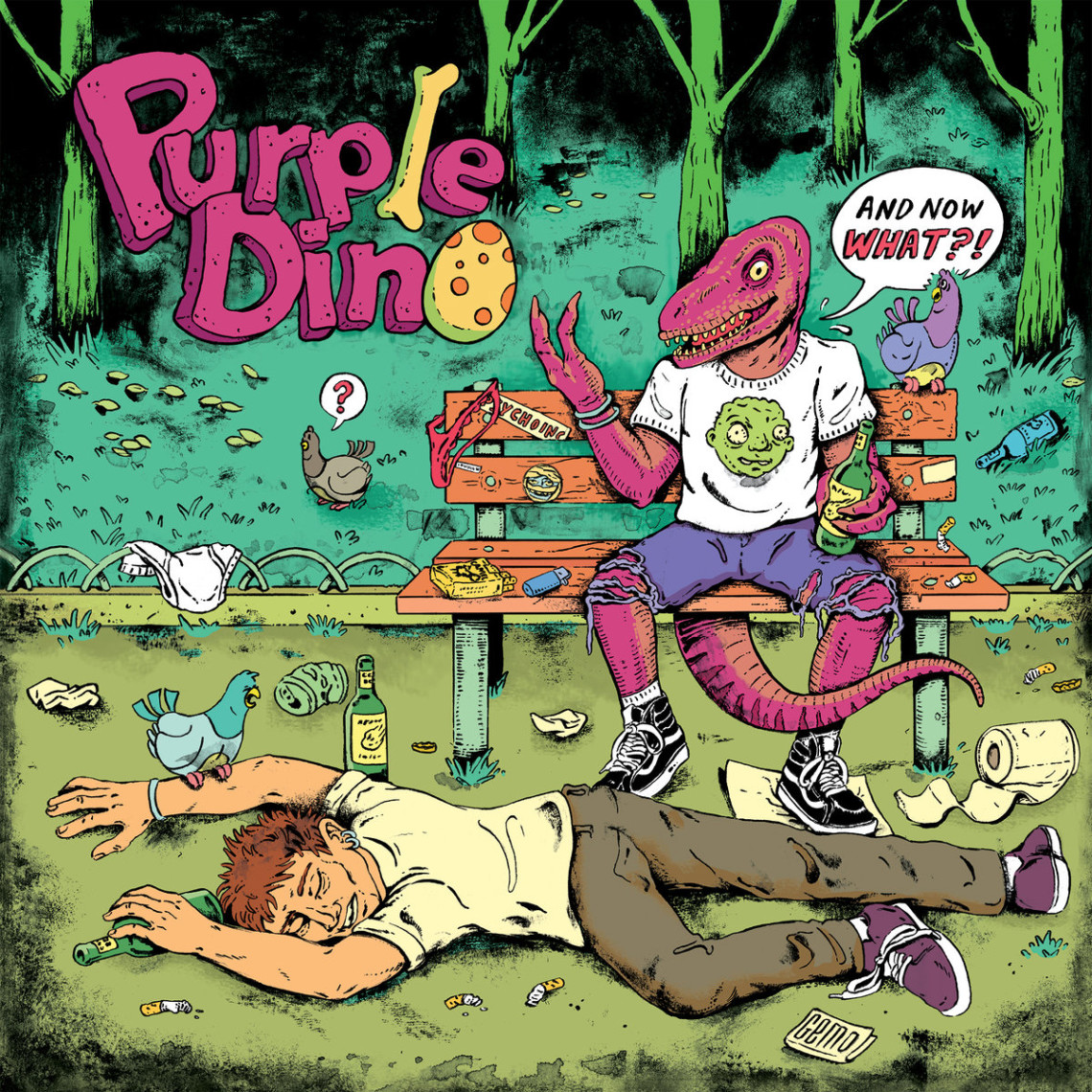 The Purple Dino is back! He has the Booze, The Groove, The Rock and The Roll!

It’s been a long time we haven’t heard of Greece’s Purple Dino. Since 2014 to be exact, with their debut ablum Jurassic Bar. They’re back this winter with a burning Heavy Rock/Stoner Metal album that’ll melt ice faster than a Trump talk on global warming, I can assure you !

The album will be out this Thursday 14th on CD & digital, vinyls are coming later in February but you can already pre-orders them starting from today. And for you fuzzers only, you can stream the full album before Thursday, just below 🙂

Purple Dino 2nd album will please the fuzzers who like their riffs beefy & heavy, sometimes with a Southern Metal groove (syncopated rythms, double bass drum and the cowbell duuuude!).

On the vocals side you can hear the grit and anger coming from a 90’s Grunge influence, Kosmas Ristas has a powerful voice that fits totally well with the loud instrumental part of the band.

I’d also say And Now What!? benefits from an overall better sound production than their debut album. It sounds bigger, less metallic and I like it!

In the end Purple Dino 2nd effort contains 7 tracks of great Heavy’n’Roll, influenced by past & modern vibes, making it as a whole an interesting mix. I guess a lot of fuzzers will be reunited under the same head bobbing movement during their gigs, or even alone at home, in front of their turntables!

You can pre-order the vinyls starting from… TODAY ! 150 black vinyls, and 150 limited edition transparent magenta, available on their Bandcamp.

The band also told me : “The first 20 vinyl pre-orders will get a little extra something (random pin, bottle opener, T-shirt even or CD, who knows??)”