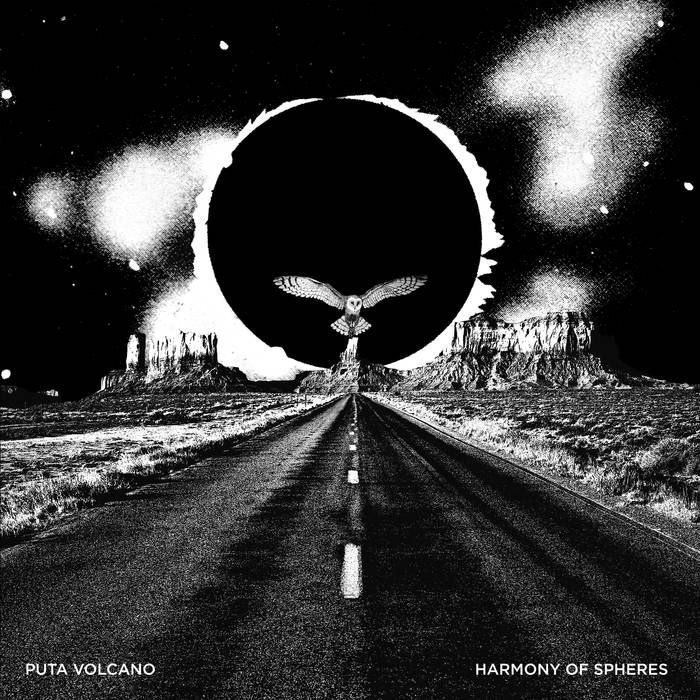 Well that was quite the experience, but most certainly it didn’t come out of nowhere. Puta Volcano made a pretty solid record back in to 2015, made out of hot as lava levels rock, desert tunes coming from Palm Desert but now the migrate from their volcanic nest to the North, and most notably in the Holy Land of Grunge. One of my personal favorite LPs of this year by a young and hard working band made of a roaring frontwoman, a riff warrior and a titanium rhythm section.

From the very start the whole notion behind the songwriting and the final outcome is crystal clear. It’s all about deliverance. Not necessarily depth, but raw emotions that comes with constant hard working performance.

Stucturaly there is a simple format, again coming from the same place of the aforementioned deliverance: emotion. An emotion that rocks you with songs like “Bird” that has that feeling as Soundgarden during Badmotorfinger era. Massive guitar sound and impermeable rhythm section. And the (sour) cherry on top of it all, Anna soaring like a lioness.

But deliverance is not the broadcast of same things – she can easily give a different vocal performance. Take for example the opener “Dune” where she has a “frozen” tone, more like a distant voice.

In “Zeroth Law” Alex channels his inner Iommi in an atavistic way, the primal Iommian™ riff (around 2:08 minute mark) and from that point on the band jams quite hard!

The grunge scene is strong in this LP where Soundgarden meets Alice in Chains in “Moebius” while in “Afterglow” things turn out a bit more alternative with a touch of Tool!

The closer “Infinity” has a doom aura through a huge and heavy jamming with atmospheric undertones in a fitting way for a last song.

Hats off for the diversity. Hats off for the obvious hard work, where every member spits fire. But most of all, this LP is one of the top for 2017 for having down to the core the essence of evolution. From the desert days to moody grunge and alternative songwriting you will love this effort.

Produced by Johnny Tercu and the whole band. Recorded and mixed at Unreal Studios by Alex Ketenjian (known for working with Planet Of Zeus). Mastered at Fascination Street Studios by Jens Bogren (Opeth, Sepultura, Paradise Lost and many more).