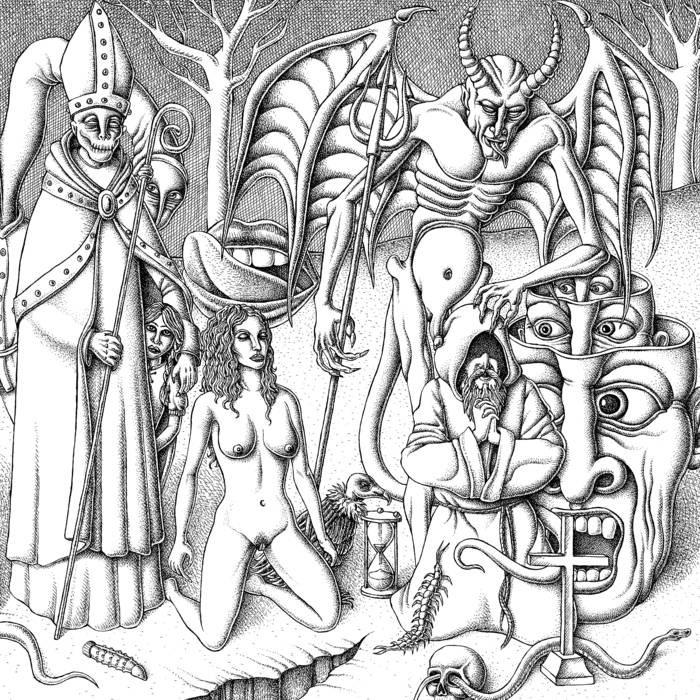 With their 3rd release, Santo Rostro took a leap to greatness within the heavy scene!

Santo Rostro is a trio from Spain composed of Antonio Gámez (vocals & bass) Miguel Ortega (guitars, also a member of the mighty Cabeza de Caballo) and C. Alejandro (drums). They have been devastating the Spanish heavy scene since the start of 21st century’s second decade.

They have two previous albums, “Santo Rostro” and “II: The Bleed”, for which they earned the respect of their colleagues, critics and fans within the Stoner/Doom scene. Their third album, “The Healer”, presents five solid tracks, two of them clocking above the 10 minutes mark. On this one the Prog influences are more explicit, demonstrating how they’ve become a tight unit with an improved musicianship, thus creating more complex and intricate songs without losing the heaviness of their previous work.

After you hear the first riffs of “One Small Victory”, the first song of “The Healer” you know you’re going to be spoiled with some serious stuff, add the proggish section by the end of the song and you have the perfect piece that creates the stonerized and heavy mood which permeates the entire album. Then comes “Cut My Hand”, a slow but powerful song with an hypnotic middle section which serves as a natural progression for the lysergic final part of this lengthy track. The musicianship here it’s outstanding and you can tell this is one of the best songs the group has recorded in their career. The third track is call “Born Again”, a short but very intense Stoner Metal piece which serves as a bridge for the last two songs of the album.

“The Healer” is the perfect balance between almost all the musical subgenres of the heavy underground scene, so you’ll find elements of Stoner Metal, Heavy Psych, and Doom Metal mixed in a superb way. This one is outstanding, my personal favorite track of the album if you want to know. The album comes to a close with “Hylonome”, a song that embodies perfectly all the sonic explorations and influences the band showed to us in the previous songs.

When it comes to an end, you can be sure that you have listened to the best album of Santo Rostro. Also, I know we are only in May but I have the certainty that this is going to be the best album of the Spanish scene for 2017. Don’t hesitate and listen to it right now!

The artwork and the white vinyl are fantastic. Discos Macarras did a helluva job on this one and for that, it deserves a spot in your collection