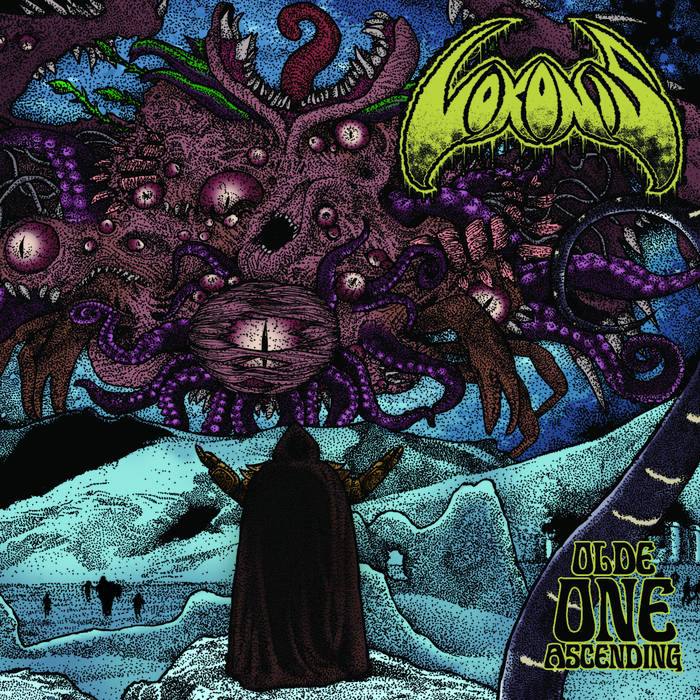 Have you ever wondered what happened with the Swedish band Creedsmen Arise from Borås, which published “Temple”, a three-track-EP Mr. Haze reviewed a while ago ? If yes I got news for you. They restarted the band under the name of Vokonis – which is, according to historical facts, the name of an ancient cruel king – and they just released their debut album “Olde One Ascending” under contract of Ozium Records. This Stoner-Doom-piece consists of six songs, is about 50 minutes long and has already build a reputation in the scene. However, I advise caution! The new name makes clear that Vokonis is not the same band as Creedsmen Arise. Jonte Johanasson (Bass, Backing vocals) joined Simon Ohlsson (Vocals, Guitars) and Emil Larsson (Drums) as a new member. The websites of Creedsmen Arise were completely deleted to set the focus on the new band with new music. In my opinion they achieved to create that distance with this clear cut and a slightly different sound.

Man, this album is great and it gets better and better every time you listen to it. The album starts with the song “Olde One“. It begins quite dreamy, psychedelic and melancholic with the guitar, that is accompanied by the drums later on. But that condition isn’t meant to stay the same. Out of a sudden another riff hammers down – and, I can tell you, it is heavy as hell. At a faster paste the song gets complete with powerful, howling vocals from Simon. It is like you time travel and a Viking stands right in front of you and begins to sing. The song ends with a fuzzed out guitar solo for at least 3 minutes.

Like in the first review I won’t go into details and only give a taste of what they sound like… So you better go and check ’em out on your own! In general you can say that the album has a very natural, energetic and propulsive “back to the roots-vibe”. The instruments chime together like in a laid-back jam-session. Inspired by Sleep and early Black Sabbath they produced a mystical sound. While listening you can definitely feel those influences. The special atmosphere is backed by demanding lyrics. The obscure stories, including horror- and post-apocalyptic parts, deal with (fallen) kings, pests, the end, battles and brainwashing. Probably everyone has to define the meaning of the fanciful lyrics for oneself. The songwriting is done well.