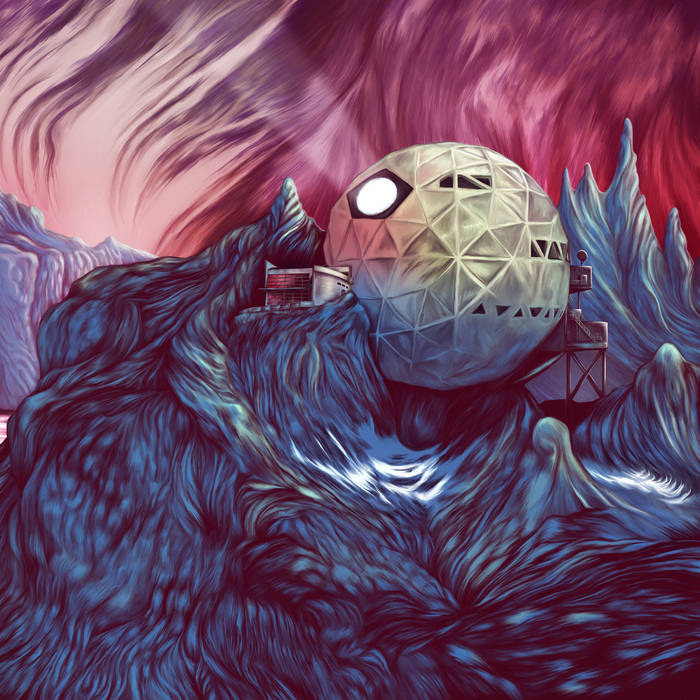 Set the Controls to the Heart of the Universe, Immediate Lift-Off !

If you’ve been following this blog for a while, maybe you had the opportunity to read the fantastic review of Yuri Gagarin’s debut album that Mr. Radio did last year, if not this is your chance to know and listen to one of the best Space Rock band nowadays.

The band comes from Sweden, a country best known for its strong Retro-Rock scene from which have emerged incredible bands like Witchcraft, Graveyard, Horisont, Vidunder, and many more. But, as you’ll see, they have a lot to say in the Space Rock ground too.

Yuri Gagarin is not your typical Space Rock band, unlike the masters of the genre, like Pink Floyd, Hawkwind, Nektar, Eloy, and more, they add a dose of heaviness absent on many bands of the genre, giving them more originality and a trademark sound. In this sense, “At The Center Of All Infinity” shows us the band delivering 6 instrumentals jam pieces with some flirtations to Doom Metal and Heavy Psych.

The album launchs with “The New Order”, an excellent choice to begin this 40 minutes trip. I recommend paying attention to the work of their lead guitarist, Christian Lindberg, who delivers some passionate solos on this one. Also check the synthesizer’s arrangements, because they manage to create the perfect atmosphere for this space voyage. “Clusters Of Minds” starts with a heavy guitar riff and the low pulse of the bass guitar, which when combined, hit you directly into your chest. On this one, the lead and rhythm guitars combine to play some great melodies.

The middle section consists of “In The Abyss” and “I See No God Up Here”. The first one is a perfect example of the prime Space Rock the band has been delivering since their 2013’s debut album. On this track, the highlights are the drums work of Stefan Johansson and, again, all the effects created by the synthesizers. For the second one, the band calms down the trip with an introspective and minimalistic piece which serves as a bridge for the last part of the album.

Yuri Garagin reserve the best for the last two tracks. With the title track, they create a hypnotic atmosphere by constantly repeating rhythms providing a solid ground for the lead guitar to deliver some excellent soloing. The album closes with “Oblivion”, the longest and maybe the most intense track of “At The Center Of All Infinity”. As the title suggest, this is a good example of a sonic supernova and the perfect way to finish a fantastic record.

So this is it my fellow fuzzers, hope you enjoyed this one. If you want my opinion, you’re in front of what I consider the best Space Rock album of 2015, and I ranked it #5 on my top 20 albums of last year. My advice is: give it a listen as soon as possible!