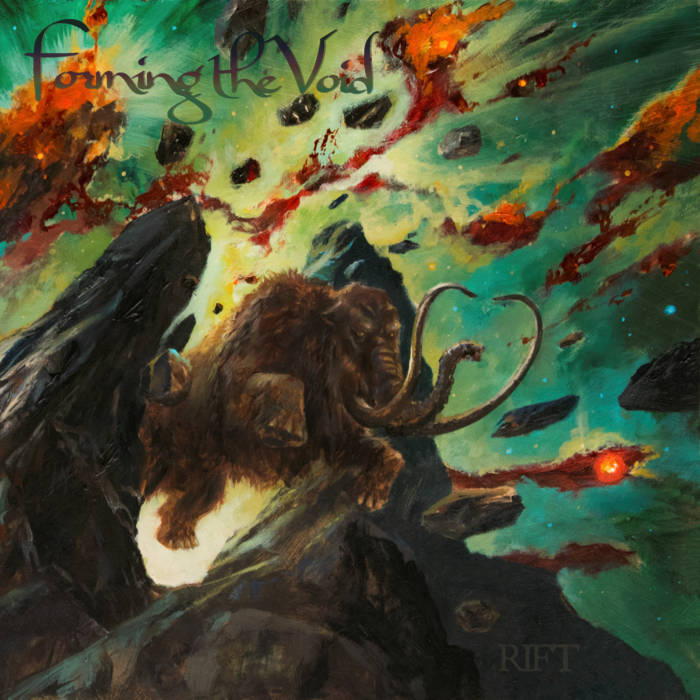 An endless search in the deep dark ocean

Forming the Void from Louisiana, USA has been making a name for themselves since there inception and garnered more recognition with each new album.
They haven’t flown under my radar though since I had never heard of them until just a few weeks ago.
Drawing me in with their great name I checked out the video for On We Sail and I was hooked and had to check out their new album Rift.

There’s so much to hear in the vast sea of Doom metal which for me means a band gotta mix it up and come up with a sound that stands out and feels fresh to my ears.
And Forming the Void do just that! Imagine the heaviness of Monolord but it’s taken down a notch.
The rhythm guitar gets more space for heavy rock and progressive tendencies to evoke a melodic and beautiful atmosphere.
And the great singing of James Marshall fits like a hand in a glove, with a clean tone that blends perfectly with their sound he adds a lot to the atmosphere.

An atmosphere I’m feeling has similarity with the Funeral doom band Ahab.
Not that their sounds are particularly similar but both give me a feeling of vast oceans.
The only difference is with Ahab it’s a deep dark ocean full of creatures and with Forming the Void it feels more like something destroyed all life in the ocean and you’re searching for signs of what once was there.

All in all, Forming the Void crafted a terrific album with stellar musicianship by each member.
For sure now I gotta get acquainted with their past albums!

On We Sail, Ark Debris