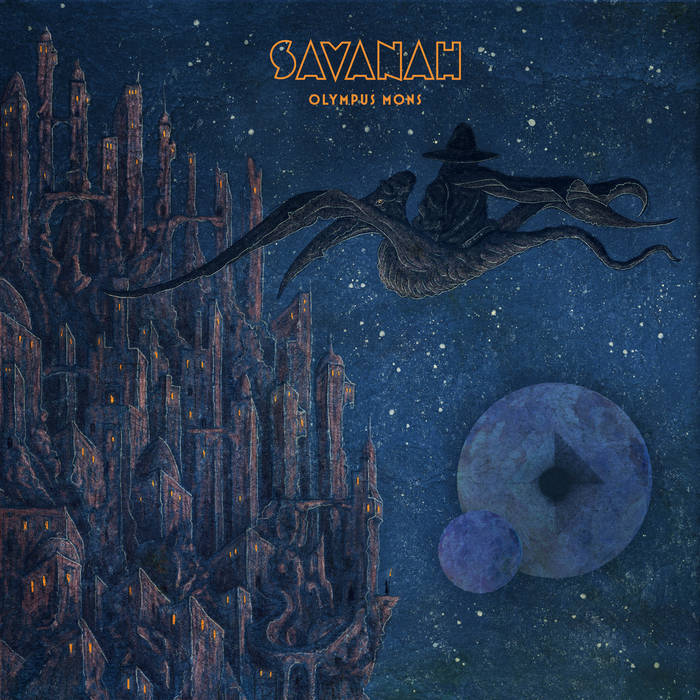 3rd album from the Austrian Power Trio is a real AOTY contender, better be ready to get face-melted 🤯

If you’ve been following the blog for quite some time you’ve certainly heard of today’s band, Savanah from Austria. Indeed, I already reviewed their 2 first LPs, Deep Shades and The Healer, which are both superb hard-hitting pieces of Heavy Rock, or Stoner Metal ? Or maybe Stoner-Doom ? Whatever the genre, their music is awesome, that’s what we ultimately want right ?

Now it’s been 4 years without any new stuff from the trio, and when Jakob the guitarist sent me a message earlier this year to get a first-listen of their new album, entitled Olympus Mons, I got all excited and the dude totally made my day 😁 I can already tell you it’s the album I’ve been blasted the most for the first half of the year, and it’ll honestly end up in my Top 5 albums of the year, without any doubt.

This new album will be released at the end of the month, May 27, 2021 to be exact, still on the same great label as the first two, StoneFree Records. So unfortunately you won’t be able to hear it in full right now… BUT ! As you saw in the title, we are honored to premiere the video clip of the track “Velvet Scarf“, to give you a first taste of what Savanah has become.

So enjoy that killer track and video, go pre-order the album, and if you want to know more about the whole album read on !

“Velvet Scarf” deals with the inner conflict caused by money, power and technology. The film plays with the topic of “work”. It criticizes the destruction of the poor, defenseless, triggered by modern capitalism.

You can definitely feel Olympus Mons is Savanah’s most finely crafted release to date, both in terms of composition, production, and overall maturity. And that’s of course what you want to see with any band, especially for a 3rd album, which is often viewed as a milestone in a band’s carrier.

Basically, they pushed their sound even further, refining it from what they already built with the first 2 LPs. Now, we’re in front of the ultimate explosion of heavy, angry, and very tight riffs, which are all real neck-breakers if you ask me. But Savanah also continued to build upon those more expansive and psychedelic moments, to bring nuances in the songs’ composition, making it all more epic than ever, and not just a succession of riffs.

Each song is very powerful on its own, but I’d say the strongest is the last one, also the lengthiest, reaching the 13-minutes mark, and which gave (or took?) the album’s name : Olympus Mons. Which is, by the way, the name of the biggest moutain/volcano on Mars, which tops at more than 20km high 😱 The whole song feels like the journey you’d have to endure to climb this nature giant. You’ll be experiencing moments of physical and mental suffering, but also deep moments of reflections on yourself and admiration of the outer world (indeed you must have quite a view at that height 😅). The amazing final guitar solo (yes because there’s 3 in the song!) followed by the last riff feel like a hard-earned victory, you got to the top, maybe you lost parts of yourself on the way, but you’ve made it to the end of the most epic adventure of your life 💪

Climbing the Olympus Mons, what else ? 😉

The guys are doing a Live Release Party on May 29th, check out the FB event and join the fun of discovering the album while also watching 3 sexy musicians play those 5 tracks with passion 😏